CEO Mike Bennett commented; “The definition of a second significant copper-in-soil anomaly adjacent to our existing gold targets, and in association with porphyry-style alteration in drill core, is an exciting development and suggests that there is significant copper potential within our licenses at Santa Helena. The preservation of the upper and generally higher-grade parts of such alteration systems is rare in rocks of this age. However, the thick volcanics and sedimentary cover sequences that we believe formerly covered the area, appear to have contributed to the preservation of the prospective structural level where porphyry mineralization can be found. We look forward to drill testing these targets in a cost effective and speedy manner whilst we wait for drill results on a number of the peripheral gold targets”.

The Santa Helena project is located immediately adjacent to the paved BR-163 federal highway in the state of Mato Grosso and 60km SW of the Jaca porphyry copper deposit which was recently discovered by Anglo American Corporation (Figure 1). 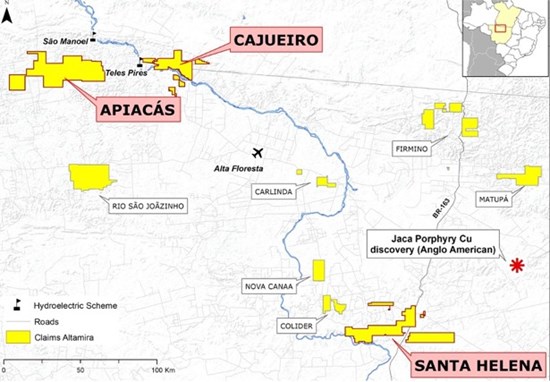 Figure 1: Location of the Santa Helena, Apiacas and Cajueiro projects.

There is no history of copper production in the Santa Helena area and previous artisanal mining activity has focused on high-grade gold, hosted in vein structures.

The regional geology (Figure 2) indicates a genetic link between the Teles Pires intrusives and the Colider Formation volcanics, which is supported by regional scale geochemistry and geochronology with both units ranging in age from 1806-1757Ma. The Colider Fm consists of lavas and pyroclastic flows with inferred volcanic dome structures. The Teles Pires intrusives consist of alkali-feldspar granites and syenogranites and are interpreted to be the main host to porphyry-style intrusions in the Santa Helena area. Younger (ca.1400Ma) sedimentary cover of conglomerates and arenites formerly overlay this basement. This cover, which is now reflected as remnant outliers, may have aided the preservation of porphyry alteration zones within the basement.

In a similar manner to the Jaca porphyry district (60km NE), anomalous copper occurrences at Santa Helena have associated peripheral gold occurrences. Mapping, soil and rock chip sampling by Altamira has previously identified both extensions to the known vein gold targets plus significant copper, molybdenum and gold anomalies in soils related to areas of porphyry-style alteration in a zone which extends 7km E-W by 4 km N-S, indicating the presence of a very large hydrothermal system. Pervasive “red rock” alteration of the host intrusive rocks is found in many of the holes drilled to date. 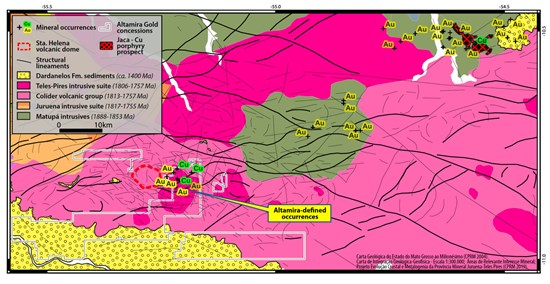 Figure 2: Structural interpretation of the setting of the Santa Helena porphyry target in relation to the Jaca porphyry project 60km to the NE.

Recent soil sampling at Santa Helena has identified a second significant copper-in-soil anomaly 3km SW of the initial copper anomaly (Figure 3). This second anomaly measures 500 x 500m and is characterised by copper values in soils above 46ppm with maximum values of 154 ppm . The original copper-in-soil anomaly measures 800 x 600m. Neither anomaly has been tested to date but recent drilling on some of the peripheral gold occurrences has identified porphyry-style alteration and veining. 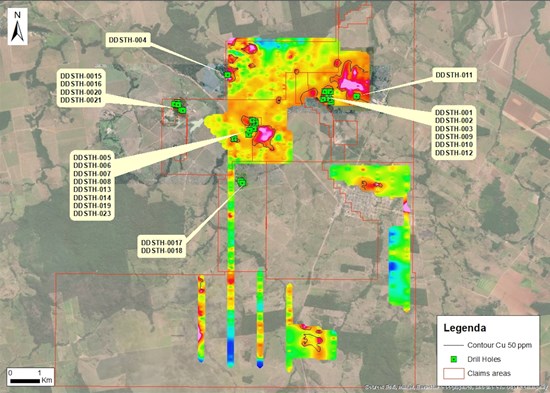 Figure 3: Main targets within the Santa Helena project showing the widely distributed high-grade gold occurrences. Drilling has been conducted at the main gold occurrences which are peripheral to the two main copper-in-soil anomalies. 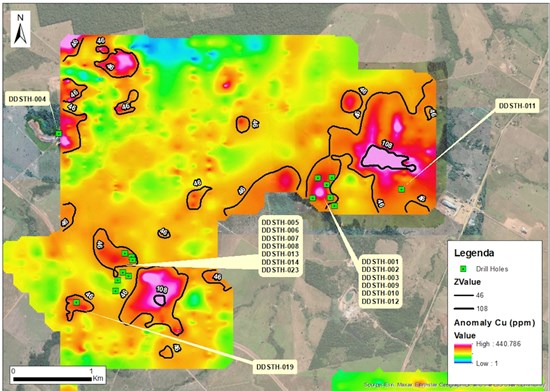 At least three different generations of veining have been observed in drill core (Figure 5), indicating an alteration system that was reactivated in different temperature regimes, currently interpreted as reflecting the distal part of a cooling hydrothermal system associated with a local (porphyry) intrusion. 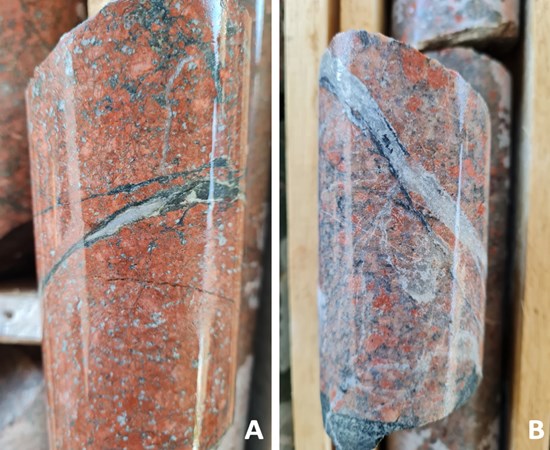 Altamira plans to conduct drone magnetometer surveys plus IP profiles over the defined copper-in-soil anomalies to accelerate the selection of optimal drill targets in Q3 2022.

Results are currently pending on the 23 diamond-drill holes which have recently tested a number of the peripheral gold targets peripheral to the copper-in-soil anomalies. Results will be released once received from the laboratory.

To view the source version of this press release, please visit https://www.newsfilecorp.com/release/131365